Not just Sherlock Holmes, but we all think and react in subtitles, citations and labels. I mean whenever we meet someone, we draw conclusions (or rather our hypothesis) out of the people, first, by their physical appearances, and then by their voice and lastly by their names. Tool-tips emerge from all the places possible from the person we’re interacting with which enables to us make an impression of that person in our mind. No? Try imagining at least for author’s sake. Now this mental picture of stereotyping was pretty fine and fairly accurate till the time we decided to jot them down, in our so-called religious text and named the Chapter as ‘The Classification of People’. In India, we conveniently call it ‘The Caste System’. Basically, the Hindus were divided into 4 classes, namely:

Of course the list is in order of their decreasing importance in status. Now I am not going into their history and its pros and cons. There have been disastrously long debates over need of reservations and all that. But just recently, I came across one Twitpic which showed ‘some’ people in a ‘certain’ city were following a weird filter to allow only Brahmins to buy property. There are societies everywhere who want to have people of a certain castes living as neighbors. Totally thumbs up, yo! 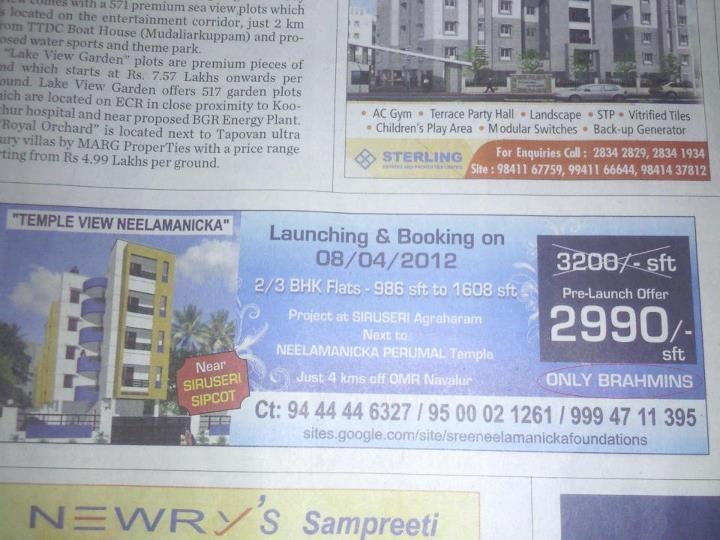 Unlike other bloggers and intellectual people, I am not here to show my outrage against this, for the record I find this as narrow minded as rivers of Rajasthan during summers. Rather, I am here to help people discriminate others in a better and systematic way on the basis of their color, religion, caste, creed or sex, etc. which we had  studied in Civics. Yep, you read correctly, I am here to help people differentiate people.

So it has come to my notice that people are not able to differentiate people properly. People can judge others instantly but not always they’re right. You can get a lot if you get to know a person’s name. The mind traverses the binary tree of your whole khandaan  instantly after your name is fully heard. Here’s an example.

If you hear the name, you first think about the surname. North Indian, South Indian, East Indian or West Indian. Now suppose the person has a name which is less than 20 characters. Then, the person surely is from North. If the person has all the gods name in their name, South Indian. Now, the person could be amongst BKV or S (caste-wise). Ok, Brahmin. Which kind of brahmin? Because, yes, there are millions of kinds of Brahmins. Heh, and all think that they are superior brahmins than the other. OK, you are superior, fine. What’s your Gotra now? Ooh, you don’t know? Tch. There are millions of Gotras too which further classify the kind of Brahmins. I am sure, this has something to do with structure of Universe and Atom. First you are a Brahmin, then, Vaishnav Brahmin, then Bharadwaj Gotra, then some Sub Gotra A, then Sub Sub Gotra B and so on, just like Galaxy, Solay System, Planets, Atoms, Nucleus, mesons, quarks, etc. Posh, totally. So if you planning to fall in love, make sure the person you are going to like falls in your caste. Another point, just the caste should be same, not the gotras. If Gotras are same, your young ones might be born with super human capabilities or x-men types nature. If you are planning to give house on rent, make sure the new tenants are of your same caste, otherwise whole vastu can conspire to bring your name down in the society. Make sure, when you go to a restaurant, the cook who has prepared food for you is of your same caste too. The chicken you have ordered, should be born and brought up in the house of the person of the same caste. And even the chicken itself should be of same caste, gotra optional.

But sadly, many young people don’t know all this. Blame it on their school or Facebook. They have totally absurd perception about castes and sects. Like in Western-Central and Southern India, some people generally believe that if a person doesn’t want onion in their food, they are asking for Jain food. Utterly wrong. I am not a Jain, I kill insects. But still I am a vegetarian and don’t want onion and garlic in my food, officially. While, many Jains I know have onion and garlic compulsorily in their diet. Will they go to hell? Time will tell.

So I have come up with an idea of Entrance Test. Entrance Exam for Castes. We can call it JEE only. ‘Jaatpaat Entrance Examination’ or ‘Jaathpaath Entrance Examination’ to make South Indian people understand. This should be a written test and only if one is able to score 75%, then only one should be allowed to called a certain caste person. After passing the written test, one might go for further verbal session where you have to display your mettle verbally too. Suppose you are a Brahmin and you are Yagyopaveet (thread) wearing one, you have to show all the kreeyas which you are supposed to do. There are many kreeyas but most popular ones are Early morning, brahma muhurat one and one sandhya vandan. If you are not doing this, your brahmin title can be relinquished. Now, suppose you are a lower caste person and want to upgrade your caste. Well buddy, that is not possible in this birth  but unofficially, you can pwn the upper caste person by using the magic wand called as Reservation for SC/ST and OBC. That helps and you can use the same wand for your kids, even if you don’t need it financially but who cares, caste is important.

For those, who want to capitalize on this and open coaching centers, please contact me. I have many people around who excel in telling the religion and castes of people just by looking at their shoes or nails if the person is not wearing any shoes. Also, thinking of creating a startup who supports IVR which helps people in determining each other’s caste before getting into a phone based Long Distance Relationship.

And oh, what is your caste anyways? If you are not eligible, I demand you to unread this blog now itself.

When Dinosaurs Ruled The Earth