Everyone knows that it takes a lot to raise hand, stand up, walk and get up on the stage to speak on a random topic. I believed that I could do it easily. I thought I had it in me, you know, the potential that is just ripened to be utilized. It is not like that I haven’t had any chance to speak on stage till now. I did do somewhat of it a lot of times, for instance, giving paper presentations during Engineering days, or some session on technical stuff, training some thing here and there. But none of those were actual speeches. They were mostly just words blabbered leveraging themselves upon on pieces of paper or some PowerPoint presentation or my technical memory et al. Having took part in a handful of things like a total of 1 Debate, 1 Elocution, 1 Compering, 2-3 plays and skits, that one filler item when you act out selling something (we sold kidneys), 2 acts resembling legless robot dance on actual stages, I thought I had done enough to deliver impromptu speech for a couple of minutes on any topic. I thought, I can speak, surely not for long enough, or not in a way of impressing others. I could just speak without making any mark as such but still speak enough. And delivery, content and modulation of the speech is mostly out-of-place, out of words and out of breath. But still I thought I was okay. 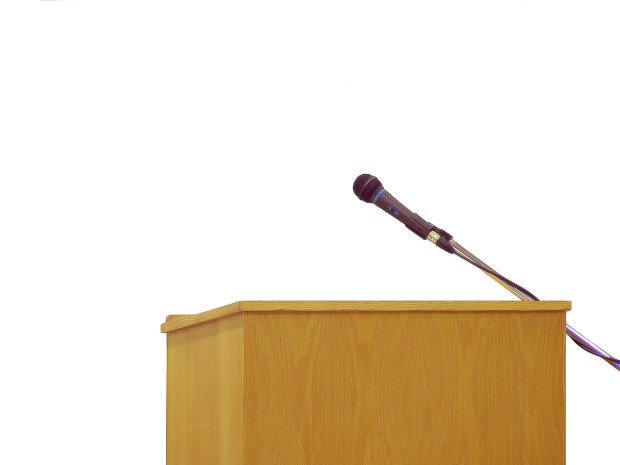 To overcome this inhibition, which is weirdly not the actual fear of public speaking (or Glossophobia as such) but just plenty of procrastination and lack of ample opportunities grabbing on my part to impress others, I thought of joining Toastmasters club running in my office. Having been there twice earlier just as an audience, I clearly understood that the members had far better knowledge and techniques of handling the situations at their disposal when it came to speak freely, calmly and with confidence. I could learn a thing or two and improve on my existing hidden and severely underused talent.

There were table topics going around, which means anyone could come up to the stage and speak on a topic club announced only once you reach the stage. Obviously it is easy to know the topic and then decide whether you want to speak or not. I decided to jump in and speak. I could do alright as I pride myself on knowing a lot of things on every topic under the sun. How bad could it be after all. So I raised the hand and was called onto the stage to speak. I thought they would give me some usual topic about which one could think and speak for a couple of minutes without any trouble. Instead of a ‘topic’ topic, I was given a word ‘Collywobbles‘. Since I am not an American DesiBee kid, I never claim myself to be a know it all when it comes to Vocabulary. I didn’t know the meaning, although, now when I think of it, I should have connected the occasion and figure out some meaning with the context. But I couldn’t. I spoke few words about Tongue Twisters and randomly blabbered something about correlating Colly to Bolly and Hollywoods to get small laughter. I thought I could go on for 2 minutes on it, at least. As it turns out, obviously, I could speak only for 15-20 seconds before I just stopped. Nil. Silence and nothing in mind. Blank. And believe me, when you aren’t prepared, each second there on the stage lasts for eternity when everyone sitting in front looking at your face eagerly. So admittedly,  I am still raw to this feat of going on stage and speaking like the pros and like Jon Snow, I know nothing about public speaking. No qualms in saying that. However, one experienced person in the audience asked me to forget the word and just speak about the most memorable thing in my life. Again I was about to go blank but then I thought I could just retell the story of phone calls from Anurag Kashyap and Irrfan Khan. Since I knew about this, I could speak freely and told the audience about my extra curricular activities without much trouble. Although, if someone would be evaluating me on the delivery and body language, I would have got negative marks.But then it is a start, isn’t it. Now when I have joined it, let’s see where it takes me and how much can I do with it. It would be a coaching/session/training I would take part in after a very long time. Hoping for the best.

Ah, one more thing. I didn’t feel any collywobbles in my stomach though, the word meaning uneasiness in stomach which we usually experience when we are about to take on a territory which is new to us. Probably the butterflies in the stomach had escaped out of the ‘letter box’ which I had forgotten to close after relieving myself and getting ready for the session [Straight face smiley]. I hope nobody noticed and even if they did, I did leave an impression. Right? *wink*