Speech 4 of Toastmasters Competent Communication manual: How you say it!

Now this one was special. I delivered this in my club and was asked to repeat it as it was not very effective (going by the objectives of Speech 4). My evaluator didn’t feel that I had done any justice to the speech. Sigh. I felt it was fine and I had felt good after delivering it. But very bad after the evaluation. Nevertheless, I went to another club and delivered the same speech there. But there, a mishap happened. I went blank for about 10-15 seconds in the middle of the speech as I felt my mouth had completely dried up. I couldn’t speak anything. And when I regather myself to speak, I forgot where were I. But, my evaluator did something fantastic. She praised my confidence, my content and even the delivery (which was far from perfect). She encouraged me to not get discouraged from dry-mouth sort of things and keep it going. I felt so nice after that. Moreover, the club presented me with ‘best speaker’ ribbon award that day. I can’t imagine how that happened but probably they wanted me to feel better.

In Speech 4, one has to use proper grammar and incorporate usages of rhetorical devices to enhance the message of the speech.

It is quite late at night. And a girl is walking back home. All Alone and Afraid. She walks. The street she walks on is dark , dingy and dangerous. She wants to reach home as soon as possible. She hurries. She knows that it is too late to be out at night for the night is dark and full of terrors. She takes a turn. And all of a sudden out of the blue someone appears in front of her. It’s big as a bear kind of figure. That is a Goon!!!!!! , a Goon with a knife , a Goon with a criminal intent. She is shaking. She is terrified! She shrieks for help. The Goon is about to pounce on her.

Now , If I happened to live nearby and if I possessed a Six Sense Superpower like Peter Parker The Spiderman or Amazing Abilities and senses like Matt Murdock the Daredevil, I would have got alarmed. I would have quickly changed into my superhero gear and jumped on to the scene. I would’ve beaten the pulp out of the goon and saved the life of the girl using my Superhuman abilities. People would have gathered thanks to the noise. And they would’ve clapped and praised my name. And eventually told the stories of my bravado to their kids. And may be the girl would’ve fallen in love with me too, who knows!

But but but this is all Nonsense. I don’t have any superpower. Neither I am that brave. Nor I want any girl to fall in love with me , now that I am married. Too late! And also, I don’t like to wear underwear over my pants.

So , what really makes one a Super Hero? Candidness? Candor? Courage? Costume?

So what do you wish to have your superpowers like?

Invisibility? Invincibility? Integrity and strength? Yes or no?

I believe , most of us , want to do something good for the society. Many of us , work with NGOs. We donate money to charities. And we also change our Display Pictures on Facebook for some cause or the other. All that is good indeed except changing DPs. But there are some other ways also , by which you can do good for others.

I can tell you about one of the easiest way which can make you a superhero. 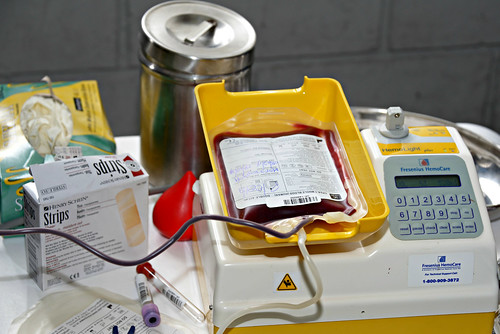 There was a blood donation drive in our office recently. Initially people felt reluctant but later few went and donated. Still I feel that everyone should have participated in the noble cause. But people didn’t. They ignored it like they ignore ‘Read Me’ or ‘Terms and conditions’ documents before installing any software. Let me clear some common misconceptions about blood donation.

Do you know , that it takes a maximum of 20 minutes to donate blood. And they take only 300 ml to 400 ml. The body regains the lost blood in just 36 hours and the overall quality of blood in mere 3 months. And one feels absolutely no difference before and after the donation.

In our office , many people donated, the gatekeepers donated , canteen staff donated , sweepers donated , both men and women donated. Although some were sent back because of them being anaemic. But it’s the gesture that counts , isn’t it?

C’mon people , let me assure you that this is the easiest way to help someone. And it helps you in return too , in case you need Blood yourself , you will be given free of cost for the next 6 months. Of course, you donated Money in charity , but who knows where is it going? I am sure , your donated blood will be used to only help someone in need of blood. As far as I know , there is no Dracula or Vampire who also needs blood. Best part is that , you needn’t know who is getting benefited by your this gesture.

And believe you me people , once you donate , you feel good . What a lovely feeling that is , as if you have accomplished something . I have myself donated 7-8 times and it is, for me , as satisfying as getting a infinite sheet of bubble wrap for popping.

Also , after they take the blood out , they provide snacks and juices. So at least for that you can donate blood no? Remember friends, one hand forwarded for donating blood, is equivalent to pulling someone out of a life threatening ditch.

Even Subhash Chandra Bose will give you blessings if you know what I mean.

So from now on , if given a chance , please
Go donate blood!
Go help someone in need!
Go and be a Superhero!

Rhetorical Devices used in this speech:

Alliteration- words beginning with same letters to create a rhythmic effect
Triads – combination of 3 words to emphasize something / Rule of three
Parallelism – drawing parallel between 2 unrelated things
Paraprosdokian – Sentences with unexpected ending
Simile – as big as, as good as, etc
Anaphora – repeated words to stress on something

BTW, if you have been to my blog earlier, this speech was a slightly modified take on this.